Got some toys, mostly Star Wars  How much did I spend on them? We don't have to talk about that....  @Simón. @Tomás @Kirjava @LittleDudeNT5 @max @Mr. Mendes     @Snow you would be proud of me - the guy that sold me Tarkin and Kit Fisto also had an Atari Jaguar and Neo Geo console, for $550 and $700 respectively, which I did not buy!....today....all right, so I took the guy's business card....   I also got some signatures, from Bruce Campbell (Evil Dead), Garrett Wang (S

0
This Is My Blog Last year I had created a thread meant to rank Katy's discography prior to Smile's arrival. However, I've found myself not agreeing with my own opinion back then. Particularly about one thing. One album. So, basically, this is a revamped ranking PLUS reviews of all of her studio albums. I'm also adding her Katy Hudson album here simply for a lil kii. Enjoy! *Note: I fixed this list. This revision is final.   1.         PRISM a.k.a. Teenage who? Dreamed of what? Let me qu

0
my dance covers and vocal covers 🦋

my dance covers and vocal covers 🦋

so, hi y'all 🦋I post some covers and vocal covers, and I'm hoping y'all like it, so I'm creating this blog bc some covers that I do it's from groups or singers that don't have sections here but anyways hope y'all like it    my other cover (some of them it's kinda old, and not that good so i'm sorry,but my news videos is kinda better i think lol) my dance cover : 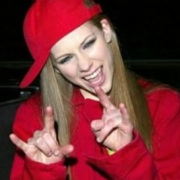 yan in my dance covers and vocal covers

...is something that I am super excited to listen to actually. First, Ava confirmed that she will indeed be releasing it this year. Second, she confirmed that it will be very personal. Third, she stated that this album will feature Faouzia and Charli XCX. I don't think you guys heard me correctly. Faouzia and Charli XCX. I literally kept telling myself "no no no, this can't be" when I saw this news. FAOUZIA AND CHARLI XCX?! First off, how tf did she get CHARLI to feature on this record? But that

Welcome to my hobbit hole ig

Hello and welcome. That's it. Not really. Here, you can read about me venting about random shit and other things. Have fun reading me tear myself apart <3