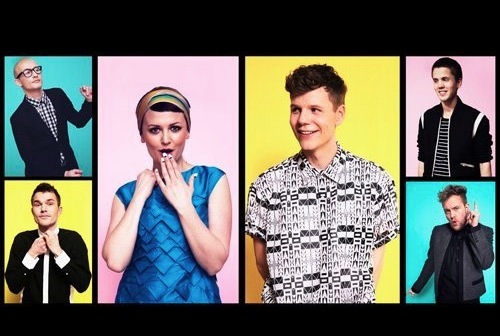 Alphabeat are a Danish pop band and they released 3 albums so far.

The biggest success they achieved in their country. They had some success in some other European countries (The Netherlands, UK).

Their second album is more synthpop and has 90s elements.

They also remixed some Gaga song and cover her two songs as a mash up (Telephone/Bad Romance).

On one side, they make jolly songs like Fascination (which isn't my cup of tea) and on the other  synthpop songs with polished production and fun beats.

Their albums had different editions and different tracklists with some different songs. Mess.

Give them a try.