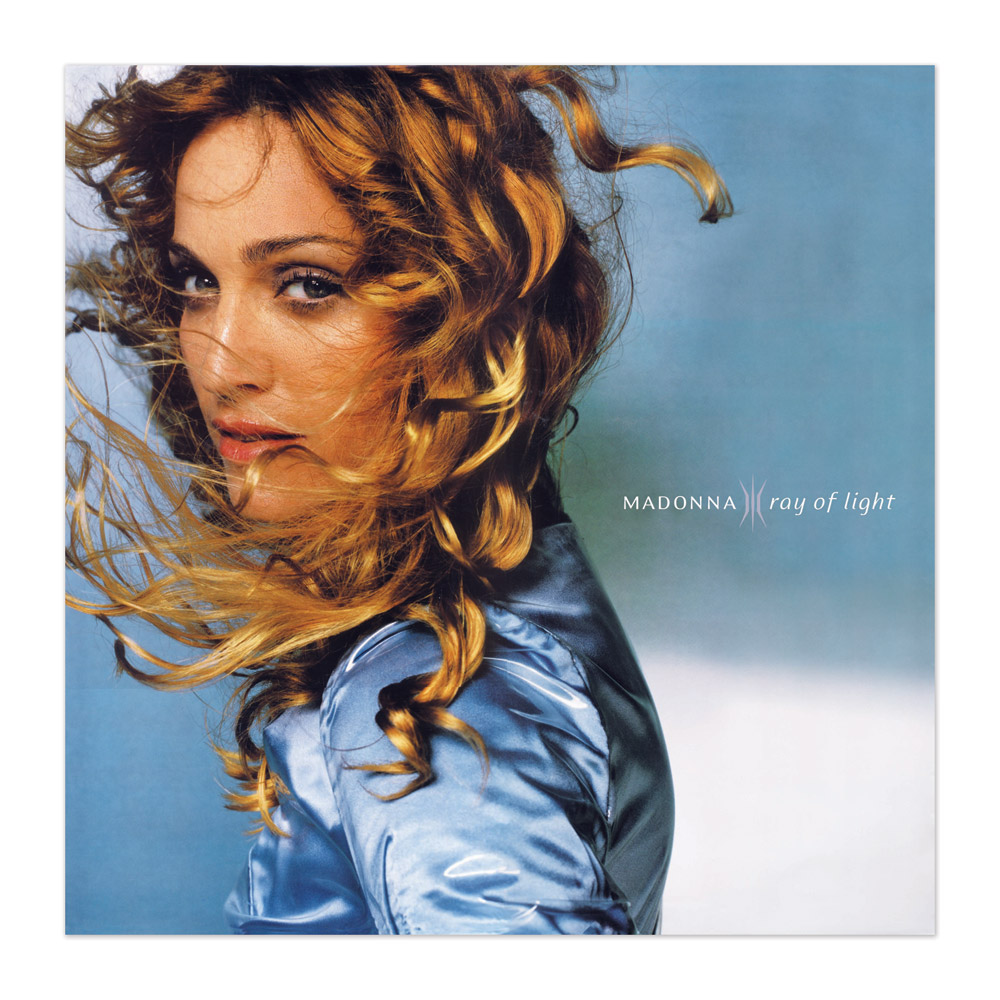 I decided to start this with a well liked and well known album. I've always wanted to do reviews for albums and stuff so here's a go.

Ray Of Light is considered by most as Madonna's best album or up there with Like a Prayer. It was her last album of the 90s and her stupid bitch of a daughter made it so she couldn't tour (Just kidding I love Lola). It is definitely a trend setting album for experimenting with electronica, drum'n'bass, and early forms of what is now EDM.

The opening track and 3rd single is a gentle song about realizing you're a materialistic hoe. I love how soft it is and the lyrics are very well written. Slowly the song builds up from a minimalist ballad to a soft guitar mid tempo with her serving a little vocal.

Swim is a very interesting song "Students rape their teachers." It's a mid tempo about all the negativity in the world and wanting to escape it. That bridge thoooooo it's so good. But all together the lyrics are kinda basic but the production makes up for it and it can definitely get stuck in your head.

This song can do no wrong. It goes AWFF and she serves vocals. The only bad things about it are the lyrics and the fact that it's basically a cover. The lyrics are kinda basic but have great metaphors so they are alright. Her vocals are so amazing and her high note>>>>>>>>>> AND I FEEEeeEeEEELLLlLlllL

I used to hate this song but it has kinda grown on me. I love the buildup in the bridge and after. The lyrics are on point but the vocals sound so monotone and detached but the song is about being so attached and obsessed but whatevs you do you thottie

What is there not to like about the song? And it obviously had impact since like half the queens on Season 8 of Drag Race did the look from the video for A Night of 1000 Madonnas. Another song about realizing she was a selfish cunt but then changed. Kinda basic lyrics but it's an amazing pop song so it's excusable. "Nothing takes the dark away like the light" No shit ding bat I never would have guessed. The video and everything about the song are amazing tho.

Amazing lyrics but that's it.

Do I really need to explain?

This song hits me really hard because I relate to it so much because of my last relationship. The lyrics are so incredible that I white girl can't even. The video also is just as amazing and I hate that this song is paid dust as a single.

Great lyrics but overall the song is kinda bland.

Little Star is a cute song for her daughter wishing the best for her and hope she realizes she will always be a star. It's cheesy but cute so it gets extra points for blending both perfectly.

I pay this song dust but everything about it blows my mind. Tbh Idk what to say about this song because it's hard to describe. It's just so haunting, especially the end and what the song is about.

I bet y'all didn't think I'd include this. Not the best song on the album but not the worst. The lyrics are short and sweet but good. Everything else makes up for it so it's okay

If you guys like it, I'll do more. If not, I'll probably do more anyways. If you want me to do a certain album/single, comment it