I had even problems to make a top 5 of favorite albums.

05. Gwen Stefani - This Is What the Truth Feels Like 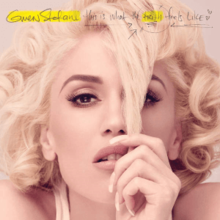 It wasn't that bad like some people like to claim. There are a lot of gems. Using  some of the best songs as bonus material on deluxe edition was a bad idea. She choose some of the most basic songs to represent her album (Used To Love You is an exception).

Roxette has always been able to deliver jolly pop songs and catchy melancholic ballads. Their music can be cliche too, but who cares. Good Karma is  one of their best albums and the best one since Have A Nice Day that was released in 1999.

Highlights: Why Dontcha?, Good Karma, You Can't Do This to Me Anymore 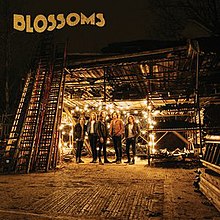 Blossoms is the self-titled debut album by English rock band Blossoms. Many songs have been released before the album as singles or on extended plays, so there isn't a lot of new material. I like their mix of classic rock and modern electronic music.

Highlights: Charlemagne, Getaway, At Most A Kiss, Cut Me and I'll Bleed 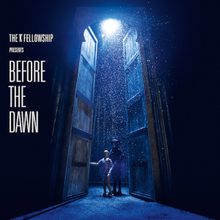 Since there wasn't a lot of stuff I liked in 2016, I decided to include this love album by Kate Bush. Like any other work by Kate Bush, it is brilliant. I thought it would be impossible to recreate some of those songs on stage, because they are very complex and have so many details, but Kate Bush pulled it off. Although all songs are pretty much the same like original versions it isn't a bad thing at all. Actually, there is a different feel because all songs have been performed live and Kate's voice shines and delivers a lot of strong emotions. Hounds of Love is even more emotional than the album version.

Highlights: Hounds of Love, King of the Mountain

This album amazed me. I like everything about it. The lyrics, the production, melodies... A brilliant synthpop album with 80s elements.

Artists that disappointed me:

Not only Chairlift delivered a weak album (Moth) music wise, but it turned out to be their last one.

Romeo is good. The album cover slays too.

Garbage made a mistake when it decided to leave the catchy electropop elements and focus on harder rock sound. Strange Little Birds is everything I don't want from them.

Bat For Lashes fucked it up this time. The Bride is too conceptual, cohesive and boring. 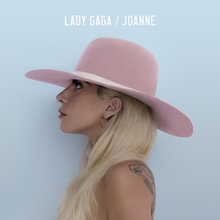 Everybody expected an electropop album, maybe with disco elements this time, but Lady Gaga surprised everyone and delivered  organic music with elements of rock/country/folk.

I don't like the entire album, but there are a few gems I enjoy. People and some "fans" who think she delivered a bad album should have  several seats. Just because it isn't your cup of tea doesn't make it bad.

Britney Spears - Do You Wanna Come Over

Blood Orange - Better Than Me

Ryan Adams -Do You Still Love Me

Jonas Blue - By Your Side (feat Raye)