Hi, guys!
So, I finally decided to revive my Blog and wanted to give some special attention to my new rapidly growing addiction!
Anime & Manga!
I'm still a newbie in this, but hey, I guess majority of us can't help but feel nostalgic when someone mentions Pokémon, Dragon Ball Z, you catch my drift.


So, where am I gonna start?
I'll probably do weekly of by weekly blog entries about new and old Anime I've gotten into and also of course the Manga I've been reading.
I took a little look around and found some interesting (currently running) Anime titles I'm willing to give a chance.

This isn't really one I need to get into, considering I've almost seen the first season about three times since last July, but I can't not mention this one. Because currently season 2 is airing and according to Trakt.tv the final episode of said season is gonna be on June 17th. So I'll probably wait 'til 3 days before then, so I can just binge-watch the whole thing!
Summary:
Several hundred years ago, humans were nearly exterminated by the Titans. Titans are typically several stories tall, seem to have no intelligence, devour human beings, and worst of all, seem to do it for the pleasure rather than as a food source. A small percentage of humanity survived by building a city protected by extremely high walls, even taller than the largest of Titans. Flash forward to the present and the city has not seen a Titan in over a hundred years, until one day, a Colossal Titan appears out of thin air and destroys part of the city wall. As teenage boy, Eren Jaeger, and his foster sister, Mikasa Ackerman, witness the destruction of their town and death of their mother at the hands of the Titans, Eren vows to kill every single Titan and take revenge for all of mankind.

This one I am currently watching. I'm almost done with the first season, and then there's just season two left. I'm really enjoying it so far. Yato is such a BAE. <3
Summary:
Yato, a minor god, dreams to become the most revered deity in the world with big shrine and all. However, being a penniless god that he is, he has a long way to go and his shinki leaving him doesn't help matter. Later, when he does his job, a high school girl named Hiyori Iki pushes him out of the way of a speeding bus; unaware of his status as deity. Things get complicated when this incident triggers abnormality in Hiyori's soul, causing her to make an Astral Projection whenever she falls unconscious. To turn herself back to normal, Hiyori must help Yato becoming a better god who can fix the problem, along with Yato's new shinki, Yukine.

The art style pulled my interest for this one and the story line gets me really excited! So far there's only one season and this one recently aired in April and is set for 10 episodes.
I will try out the first episode soon so I can post a review.
Summary:
In Liturgical Year 526, sorcery has spread throughout the land, but few are aware of a rival practice called "magic." One day, a half-man, half-beast mercenary who has found himself on the run encounters a beautiful witch known only as “Zero.” Zero makes him an offer: if he escorts her on the search for her stolen grimoire, she will help him gain a human form. Despite his hatred for witches, the nameless mercenary accompanies Zero and guards her as she sets out to reclaim a book that has the power to destroy the world.

This one just sounds so cute! And I can really enjoy a slice-of-life every now and then. Definitely gonna give this one a try as well! It'll probably have 10-12 episodes.
Summary:
Sakuragi Hinako has a hard time talking with others. In order to get over her paralyzing shyness, Hinako leaves her home in the country because she ends up starting school at the high school that has the drama club that she admires and ends up staying at Hitotose-sou. There, she meets Kuina, who loves books and to eat, Mayuki, who’s a bit older but smaller who’s good at cooking, and the quiet landlady, Chiaki-san. A cute and fun drama comedy about the former girl who was paralyzed from shyness.

05. Natsume Yuujinchou Roku
Seeing the art and after reading the summary, it sounds like something I'd be totally into.
Summary:
Precious days with kinds friends. A beautiful yet fleeting story about people and spirits. Natsume Takashi had been able to see youkai ever since he was young and inherited his grandmother Reiko’s Book of Friends. He spends his days with his self-proclaimed bodyguard Nyanko-sensei and freeing the youkai that were bound to the book. Natsume continues to find ways to protect the precious days where he tries to find which path to follow through his connections with spirits and those involved with them and being helped out by friends who share the same feelings. 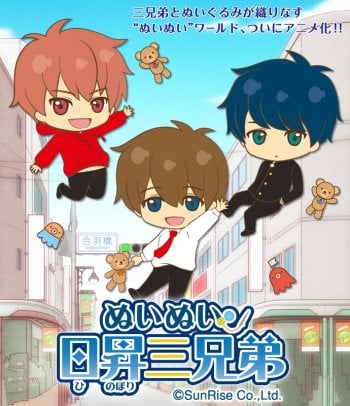 This one just looks too cute to pass up!
Summary:
The series will center on the three Hinobori brothers, who run a stuffed toy shop called "Nui Nui" at the end of Tokyo's Kappabashi shopping street. The eldest brother Kaede is the manager, the second son Aoi is in charge of patterns, and the third son Akane is in charge of displays.

Honorable mentions I might give a chance later on:
- Asagao to Kase-san.
- Folktales from Japan

Over to the Manga !

This is gonna have a longer wait list for when I'm gonna be getting to these titles, because reading online is not as enjoyable as reading the physical copies.
So for this I'm gonna start of with some copies of Manga I already have in my possession, and put some on my TBR as when I'll be able to purchase them or if I was able to read some chapters online. Again! Yes, I'm putting this high on the list for my love of the Anime, plus I'll be receiving the first volume soon. Give or take a week.. 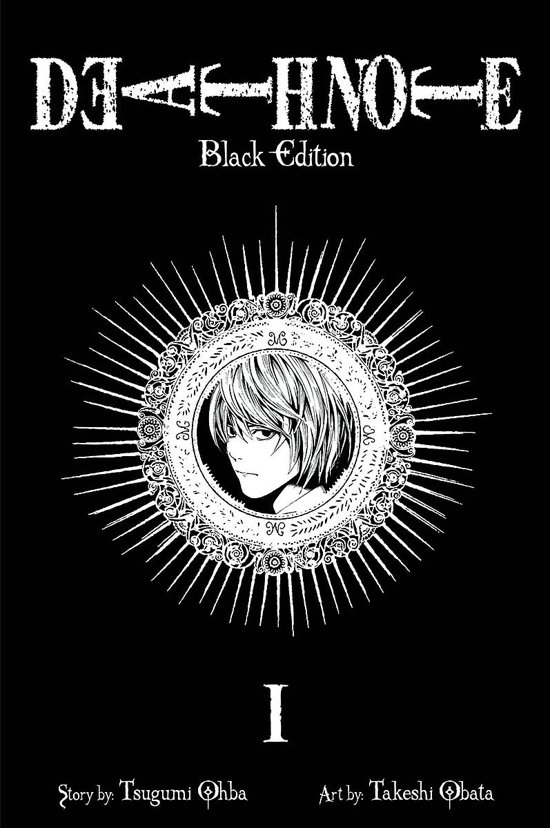 This series is of course so HYPED! And the reason why I didn't put it on my Anime list, is because I really want to read it first.
I've been gifted the 1st and 2nd omnibus for my Birthday, so that's a total of 4 volumes. I will definitely be getting to this one SOON!
Summary:
Light Yagami is an ace student with great prospects, who's bored out of his mind. One day he finds the "Death Note": a notebook from the realm of the Death Gods, with the power to kill people in any way he desires. With the Death Note in hand, Light decides to create his perfect world, without crime or criminals. However, when criminals start dropping dead one by one, the authorites send the legendary detective L to track down the killer, and a battle of wits, deception and logic ensues... 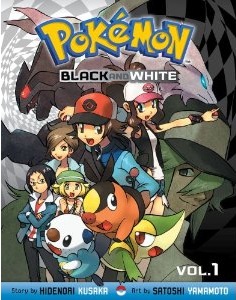 Nostalgia, sentimental, all the feels...
A couple of years ago I bought a box of this series manga, containing the first 8 volumes! And somehow, I only managed to read the first one! #fail
I can't wait to finally read them all! Yeah, that rolls off the tongue rather smoothly, doesn't it? It's a mouthful!
Anyways, I read some chapters online and I was instantly hooked! This is just the kind of quirkiness I'm totally into! I can totally recognize myself in this.
I ordered the first volume and hopefully I will receive it soon, because I can not wait to read the rest of it!
Summary:
As a middle schooler, Tomoko Kuroki dreamed of making her high school debut as the most popular girl in school. But all of her experience playing video game dating simulations may have backfired. Instead of preparing her for the real world, her gaming has kept her from it for so long that even the most mundane human interactions have become a stumbling block! How can she impress her classmates when she can't even speak to them?!

I've read one and a half volume from this online simply because I could not stop! I don't now when I'll be able to get myself some volumes, but I won't be reading any further until I do, because this story deserves the full treatment!
Summary:
Ishida Shouya bullies a deaf girl, Nishimiya Shouko, to the point that she transfers to another school. As a result, he is ostracized and bullied himself with no friends to speak of and no plans for the future. This is the story of his path to redemption.

Now on to some titles I might check out some sampler chapters from soon, to decide if I'm gonna buy me the first volume.
- Royal Tutor
- Flying Witch
- Your name.
- The Water Dragon's Bride
- Ghost Diary

Let me know if you guys are interested in this and whether you'd like to be added or removed from the tag list. Also, feel free to leave any recommendations!