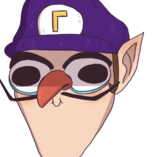 i think its coz theyre trying to represent it like its a real thing and this is what it would actually be like. i don't think they're expecting ppl to watch for 24 hours really. I think we'll have a t