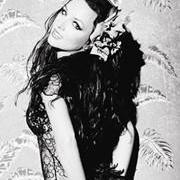 It’s the moment the whole forum has been waiting for for like a month: In this final round we will once and for all determine FOTP’s Favourite Fave! We may have lost our partnerships with Intel &