This thread has been closed to further replies because it was not updated for 12 months. If you wish to have this thread reinstated, please contact an administrator. 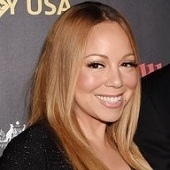