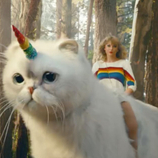 Pigtina's song is already down to #58 on I Tunes

Flopping so fast, it is hilarious. When fighters want to talk shit to other and all fandoms, Xtina releases her first single since infinity and it flops. Source

@lautnerfied just bc Agu makes cringeworthy threads doesn't mean you should be trying to emulate him for revenge. Christina's charity single is a beautiful gesture meant to assist victims of the shoot

Funny how you can wear an Orlando icon, but try to drag a song that supports the victims and more. Stop being fucking lame