Johnny Depp accidentally cut off his fingertip during tantrum; used it to paint on a mirror

for anybody that cares about him as a friend or family, I think it's time for a 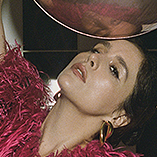