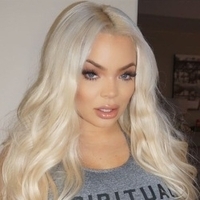 Well "collaborated"  The Glitter Album is basically Mariah does the 1980s - and who better to collab with on the '80s then Madonna, because I believe, I believe, she had a hand in it.  Anywa