Please consider disabling AdBlock here on FOTP; we know ads are annoying, but they help keep the lights on, and we make sure ours are as unintrusive as possible.
Jump to content
FOTP
A message from the staff
Followers 2 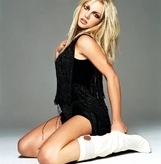 What do you think about Christina's big comeback?

By BreatheeOnKnee, July 15, 2017 in Battlegrounds

Lotus was a mixtape, nothing more

Is it confirmed that Christina will get the Vanguard Award? MTV said so? Because about damn TIME. I don't know why Rihanna and Beyoncé got it before Xtina, the blasphemy

I'm excited! I don't know what it will sound like but I think it will probably be better than Lotus so I'm excited.