The album will be her entire discography compiled into one record since everything is a hit! 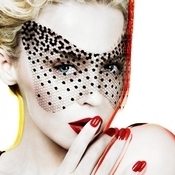