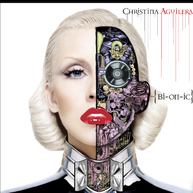 If Gaga, Katy and Taylor dropped videos every 3 weeks at their peak would they have had 3 top 3 hits at once too?