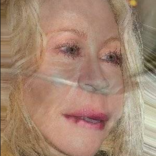 Just want to come back a little more than 1 yr. later still feeling just as pissed off and ripped off as I did the day I went to that fucking EMBARRASSING XXLtina concert and remind everyone that Chri

I went to Xtina in Berlin last night and was abysmally disappointed. I saw her once before live at a Jazz Festival and liked it but was unfamiliar then with many of her songs which is no longer the ca