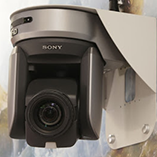 Live Feed Update   While walking down the hall, @Maraj hears loud crying coming from the bathroom. He cracks open the door to see @StrippedX lying across the floor with tissues and empty vod

Live Feeds Update   The first week has flown by for the houseguests. @Daenerys, @Hyun., and @Luca have been arguing nonstop in every room they enter together. At one point, Hyun was in the b