Is Stupid Love one of the worst music videos and songs to ever be released?

Now y’all know I will cape for Godga with no shame, especially in an effort to drag Madonna. But this fucking video and song are SENDING ME  The cheap cgi/green screen background, the unflat 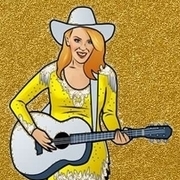 She literally is known for being a copycat since day 1

I can tell the budget for this video was low so I guess it's on theme with the Enigma show. At least she's following the Enigma concept all the way through: cheap.