Please consider disabling AdBlock here on FOTP; we know ads are annoying, but they help keep the lights on, and we make sure ours are as unintrusive as possible.
Jump to content
FOTP
Sign in to follow this
Followers 3 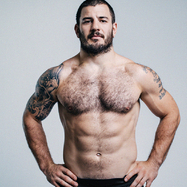 Rumor By ParentalAdvisory, May 27 in Lady Gaga