Why is Katy such a fucking flop? 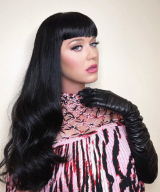 Gaga cant get a hit single without adding other people to the song (Bradley, Ariana, BLACKPINK). You Gaga fans are so brave acting like Gaga is a legend like Madonna or Mariah Carey. She will never re

This. Ariana is the only reason why people enjoy ROM. Her verses >>> the rest of the song