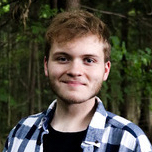 It is about damn friggin' time, even though I would prefer a regular studio release, but there is 2021 for that.