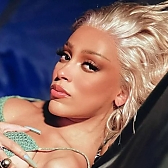 thats what happens when you rely on solely TALENT

Girlie released 3 albums in 15 months and I haven't left my computer chair since Folklore dropped.

Evermore drops tonight at midnight eastern. Check your timezone: (if you can't see it clearly, click here to open the picture in a new tab & make it bigger)