Kylie Will Be A Guest Judge On Drag Race Down Under 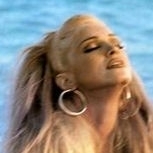 She should have been a guest years ago. She's such a gay icon and yet

We all know she spent 14 days in quarantine when she arrived in Australia in January. Rumour has it that one of the reasons she went to Australia was to be on RuPaul’s Australian Edition of Drag Race: