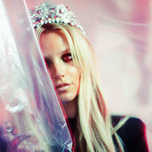 Maybe she should stay offline for awhile...she has an album capaign going, shouldn’t she focus on that?

What?  I refuse to believe she has this many followers. Where are they when she drops new music?