Agreed. Kiss Me Once is my least favorite Album from her. Even her 80s have more personality than that one

Link? Not everyone hating it, I was bopping 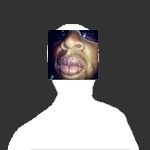 yeah very early on it was right after Skirt dropped. Brooke Candy talked about it a few times in july 2013 it was rightfully canned. it's awful let's be honest Sia's material for KMO