Dababy thinks he's the next Madonna or something

By Princess Aurora, July 30 in Battlegrounds 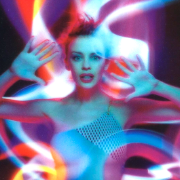 You know you're a fucked up individual when even Chris Brown calls you out.

Omfg she completely obliterated him and even tagged him in the post to make sure he reads it.

I'm sorry but this is hilarious  Some people may not like Madonna but her Cultural Impact is huge, she's the blueprint for Pop Music along with Michael Jackson. What is he famous for ? A Car Meme? As