If you were to meet Ellie Goulding, what is one thing you’d say to her? 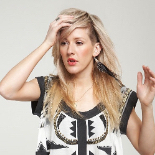 Please stop ignoring 75%+ of your discography and essentially playing almost identical setlists everywhere you go. You give fans honestly less incentive to see you year after year when you only focus

One of two things; One- release a heavy metal record, collaborating with Slipknot or Rob Zombie Or two- ignore mainstream trends and get back into the headspace/creativity of an alternative