When will Universal studios take the hint that no one likes or watches musicals, especially movie adaptations of them. They’re all awful and corny. 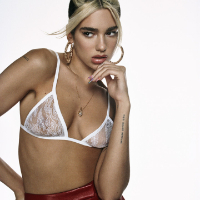