Miley, Demi, Selena: Which one of them can still get a hit era?

Since starting their careers together on Disney Channel, they've all had some notable mainstream success. But they haven't been doing too hot recently. Miley's Midnight Sky was a moderate hit in

Demi Lovato can probably score a hit on at least a few planets in the Andromeda Galaxy. 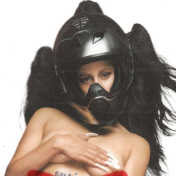 Selena. It should be Miley but shes forever stained after Bangerz, I doubt she’ll ever have a “smash” era again. She can still score cute hits tho.      Demi will never see success agai