Do you think Disney genuinely wants to be inclusive or is politically driven to cast POC?

Both.  In some cases it strikes me as kind of… pander-ey, but on the other hand there is nothing that says that Ariel can’t be black, or asian, or whatever. And I love to see right wingers froth 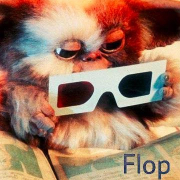 I mean, we have already some POC Disney Princesses such as Pocahontas, Mulan, Moana, Raya, Tiana, and Jasmine. So it's a bit of both