I kind of see it though. The charts were very hip-hop/R&B dominated at the time, even the "pop" songs weren't fully pop. When Sweet But Psycho dropped, everyone was saying how reminiscent of the e 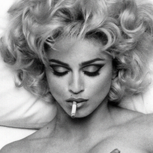 She's literally just a manufactured mini-Gaga. 💀 Like…they aren’t even trying to hide the fact. Aside from that, the majority of her music is ass.

She got one hit song and suddenly she thinks she’s hot shit.