Madonna biopic has been put on hold 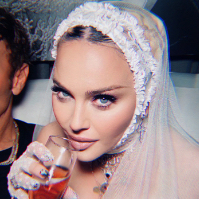