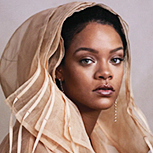 Not gonna lie though, I'm still a bit upset that she threw away the Bad Liar + Fetish sound The album would've been amazing if she didn't scrap it I think

I will say.. Rare, as an album, is more solid & cohesive than Revival is  Revival feels a bit like a more sonically cohesive Teenage Dream, but Rare feels like an actual body of work  However,