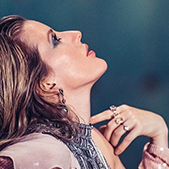 OP is updated!!! What do you all think?

@Habits you can finally update this. Never thought the day would come.